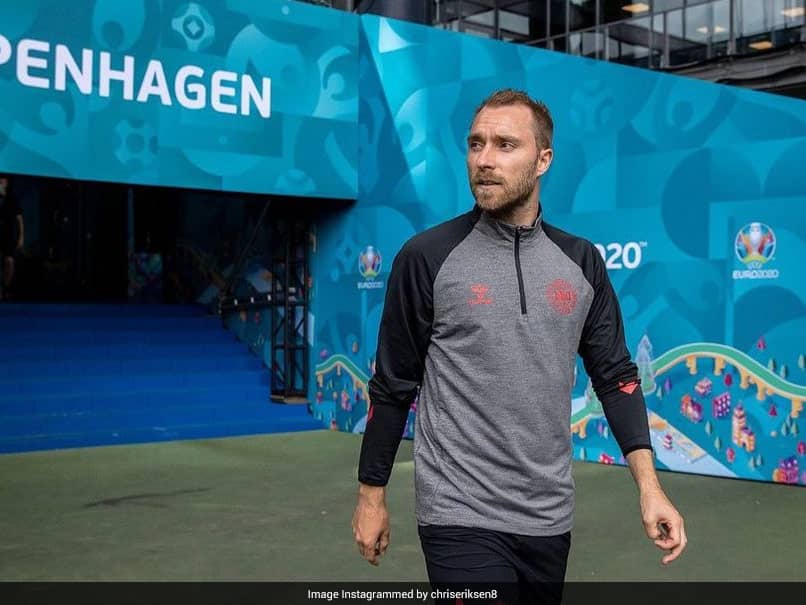 Christian Eriksen collapsed during the first half game against Finland in EURO 2020.© Instagram

Eriksen had collapsed during the first half of the Group B game against Finland and he had to be rushed to the hospital after being resuscitated on the field at Parken Stadium.

Currently, the midfielder is recovering in Denmark so it is unknown whether he would make the trip to Wembley Stadium. Later on Wednesday, Denmark will face England in the semi-final.

Earlier, England captain Harry Kane had revealed that his team would make a special presentation for Eriksen ahead of the semi-final clash against Denmark.

“I am good friends with Chris and it will be sad not to see him here. He is a big part of their success over the years. It was a terrible thing to happen to him. The main thing is that he is recovering well. He will be rooting for Denmark more than he is for me. There will be a presentation from all of us here at England to show our support. It is a shame he will not be there with his team. After it happened I texted him and wished him well. I look forward to seeing him and texting him and catching up with him. I hope to see him when England is in the final,” Goal.com quoted Kane as saying.

Italy will now either clash with Denmark or England in the Euro 2020 final on Sunday.